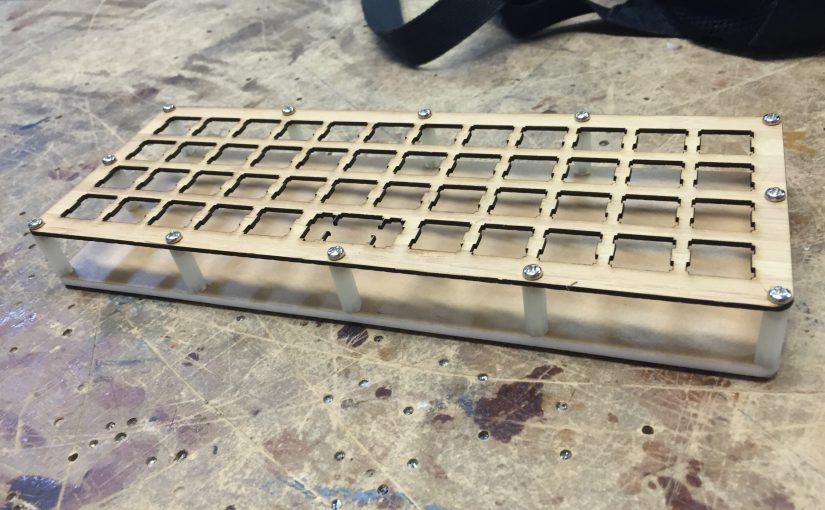 Yesterday I decided to visit the Robots and Dinisaurs hackerspace in Meadowbank after work.

I had been meaning to go there for quite some time, and finally got around to going!

I got on the train to Epping from Central and not too long later I was at Meadowbank station.

Across the road from the station, around the back of the shops, it was easy to find.

Knocking on the door a man named James was there to greet us, he let us in, we took a quick glance around, and I knew I was happy to be there!

There is heaps of amazing resources available, machinery, tools, parts, everything a young hacker could need!

James showed us some things he had been working on including a laser cut geared arduino powered compass !

Here is some photos of the space:

Ok fine, some photos of the machines I was keen to learn how to use!

The black laser cutter was the objective today, James showed me how to work the CAD software, how to work with objects, to set the machine up and mark its origin, how to properly attach the material to the work area using magnets, adjust settings, all the things!

He used some scrap wood out of the scrap bin to laser cut and engrave a few die that he had prior designed through (Inkscape?)

They’re pretty cute, and it was amazing how fast the machine works, especially when I was used to the slow speed of 3D printers!

On the topic of 3D printers, the space has a bunch of them, from commercial types, to homemade, to an egg boy that can draw designs on eggs or other round objects!

I decided I wanted to try making a keyboard on the laser machine. I picked out a piece of wood from the new materials section, because I wanted a nice thin piece some MX switches could clip into, and I loaded up some DXF files onto a USB of a design I liked.

Importing the files into the cutter software was super easy, and within seconds we had realigned the material and had the box for the plate free from obstruction and held down steady!

I hit go and the machine jumped to life !

​
I took two revisions, the first one had 4 mounting holes, which would be fine for a metal plate, but the wood is too soft and weak for that.

In the second revision, Mark and James added in a bunch more holes for mounting points !

The second one also has a 3mm white acrylic base as that was in the off cuts bin for free.

The machine is pretty damn good at getting the detail, and for the most part switches fit in pretty well!

While I was doing all this, Mark and James were working on making a completely DIY DC Motor!

They were following a guide and using some enamelled copper wire, paper clips, a hard disk magnet and a block of foam!

It was pretty cool watching them spend hours on it and get really excited when it finally worked!

3 thoughts on “Lasers, Robots and Dinosaurs”