Almost exactly (give or take a few days) one year ago, I was browsing eBay looking at Nortel 5520 switches, I was upset that in America you could get them for $75US a pop, whereas over here they were almost $500AU each!

Fast forward to a few weeks ago, I learned of two Nortel 5520-48T-POE that were destined to go to an IT recycling company.
I was able to negotiate my hands on these two switches for $25AU each!

I got them home yesterday when I fired them up with my beautiful homemade serial cable (the one I got from Jaycar was crossover whereas the Nortel needs straight through)
I was greeted with an older version 5.0 software version!

This was no good, all versions of the software before 6.3.3 had terrible web interface.
I know many people say you should stick with the CLI, but when im in a hurry to make a change, check the status of a port, or shutdown / turn on ports, I want a simple and fast method of doing this.

So began the journey of upgrading the switch.

It started with an hour or two of research, trying to find firmware files, and documentation on the upgrade process and path.
You cannot skip major versions apparently, So I had to go from 5.0>5.1 and then to 6.3.

I was getting worried that all of the ftp servers I was finding referenced were dead links, until I stumbled upon a reddit users dropbox, which had everything I needed, PDF docs, firmware files for versions 5-6, I was set!

I found a page detailing the update procedure, which was a pretty simple command.

I reset the switch to factory settings, then gave it an IP address,

Then it was just a case of flashing the diag image, and then the main image.

These commands aren’t exact, but you get the idea.

After flashing each one the switch rebooted itself and did a pretty light show while flashing / booting.

Once the switch had rebooted, I checked the web interface by navigating to the switch IP address in Google Chrome, and was met with a warning that my browser may not support the page!
Dismissing the warning, the UI loaded, and it was far superior to the old one.
I suddenly have everything I need!

I will be installing this switch in my homelab once I can mod it to be silent, ill replace the fans with Noctua 40mm fans and see what else I can do for it. 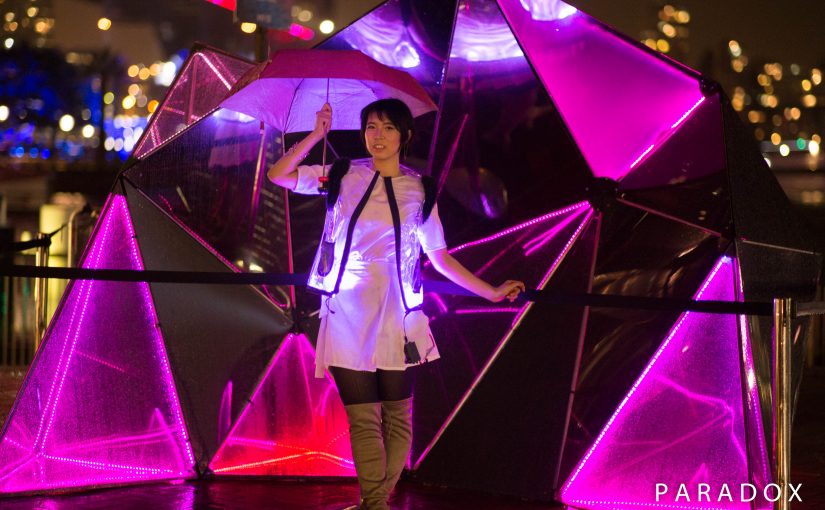 Last year, Tearschu and I worked together to bring the LED Dress to life, and that was a huge success!
This year, I worked with Tearschu to create another RGB item of clothing!
Tearschu designed and made a jacket with a clear PVC material, and we incorporated a strip of 144 WS2812b RGB LEDs into it, this was a challenge, as the power draw was too much for the 3-5A 5v power regulator we used last year.
We needed a much beefier 50W power supply! However thanks to some help from Reddit user /u/krhacken we were finally able to get brightness control working mere days before the shoot!
This allowed us to dim the lights for scenes where they were too bright, and for when we were just walking around between locations to conserve power!
We were able to go the entire 3-4 hour shoot with a single Turnigy NanoTech 1.6Ah 3S LiPo!
Im really happy with how the photos turned out and I can’t wait to make something for next year!
Make sure you ‘like’ the photos on Facebook!
https://www.facebook.com/pg/ParadoxPhotosCom/photos/?tab=album&album_id=1348009578608204
And check out the album below!